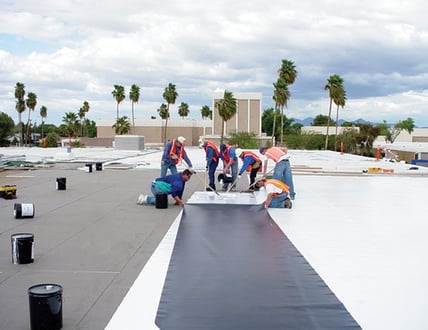 Kids, teachers, secretaries, nurses, the vice-principal and the principal diligently pulling the invisible strings of education to make everything run as it should. Hundreds of people, and yet not one of them is thinking about the roof over their heads . . . until it doesn’t work properly, of course. This was the case for the Mesa School District not so long ago.

In the past, they had trusted a Built Up Roof (BUR) to provide shelter from the raging winds and pounding storms in winters gone by, until one day the roof no longer proved functional: it had simply worn out and was now leaking. Not only was it leaking, but the water was ponding and had completely saturated the majority of the roof that was going to be replaced, “there were literally hundreds of leaks,” said maintenance supervisor, Brad Clinglman; that was when they decided something had to be done.

That was when IB Roof Systems and Broken Arrow Roofing Company provided the solutions they needed. After evaluating the problem, IB Roof Systems provided the Mesa School District with not only a good product but a reasonably priced one too. Mesa School District ended up choosing IB’s standard white 50 Mil Membrane to weather every form of fury Mother Nature could throw at them. Once the membrane was chosen, it was time for the installation to begin.

As the deal was finalized, IB and Broken Arrow realized they had an enormous project on their hands. All together they had 250,000 square feet, on the Junior High and five other buildings at the high school. Broken Arrow Construction eventually decided to fully adhere the membrane to the roof. They chose IB’s fully adhered system because it produced the smallest amount of distraction for the student and faculty, and also ensured minimal weather/water damage if a portion of the roof should ever be compromised.

Because of the extreme weather conditions, Broken Arrow decided that it would be most advantageous to work around the clock with one crew tearing off the old roof in the morning; an insulation crew utilizing hot asphalt to adhere the insulation to the concrete; and then the membrane crew in charge of adhering the membrane to the insulation board. Due to the extreme heat, the crews worked on small portions of the roof to avoid premature drying of the asphalt or the glue.

After examining the newly installed roof upon the first rain, maintenance supervisor, Brad Clinglman, was very impressed with the outcome of everyone’s effort, “Considering the size of the job this was [the final product] was absolutely phenomenal. broken arrow and IBRoof Systems were conscientious about safety and if I had any issues they were dealt with immediately . . . I was absolutely impressed with them.”

One of the outstanding benefits of going with IB’s fully adhered system is that if there are ever any cuts or tears in the membrane it will be limited to only that area that was damaged. This aspect really appealed to the Mesa School District because they’d had plenty of experience with water damage, “They didn’t want to spend the money to remove the entire roof and they had some ponding so they really liked the warranty IB carried without excluding standing ponding water,” said Broken Arrow Contractor Rob Seals.

In the end, despite the size of the job and the difficulties it presented, everyone was very pleased with the outcome. When asked, Broken Arrow Contractor Rob Seals, said, “The project was excellent . . . it was a very profitable project and we were excited to do business with IB. I would absolutely go with IB again.” 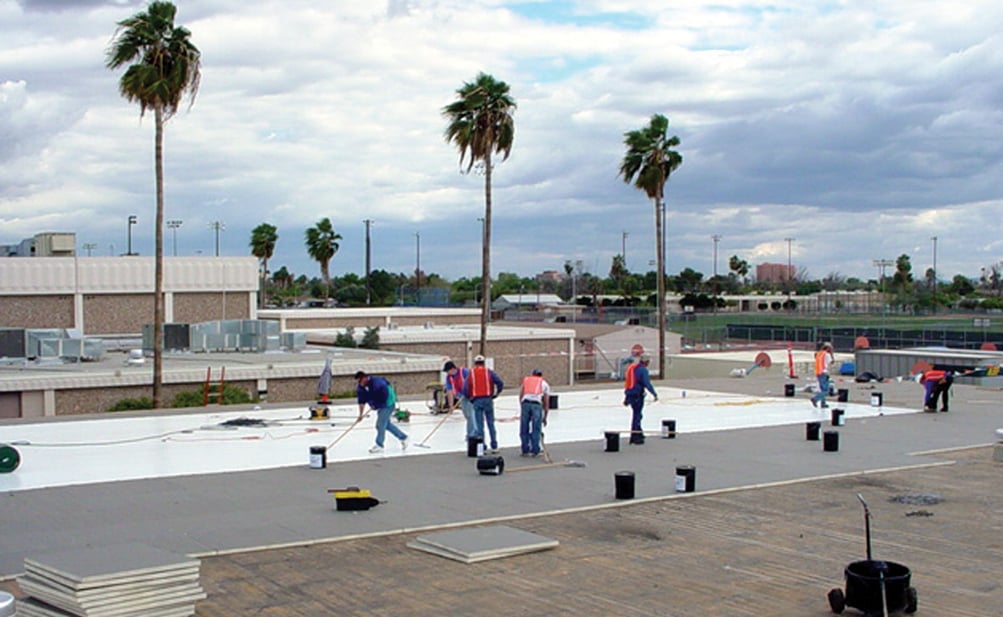 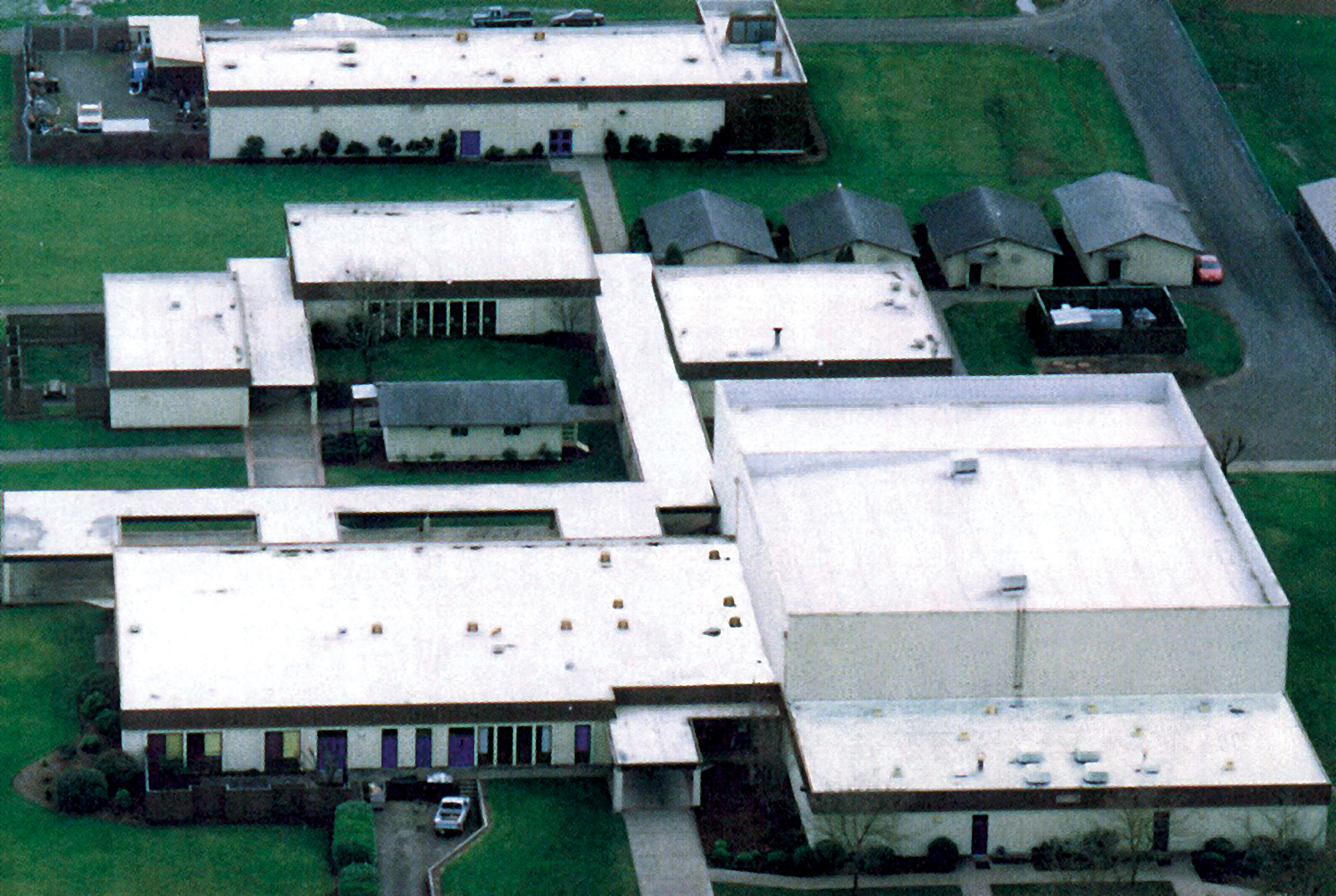 Dealing with problems associ-ated with roofs can be some of the most difficult challenges facing... 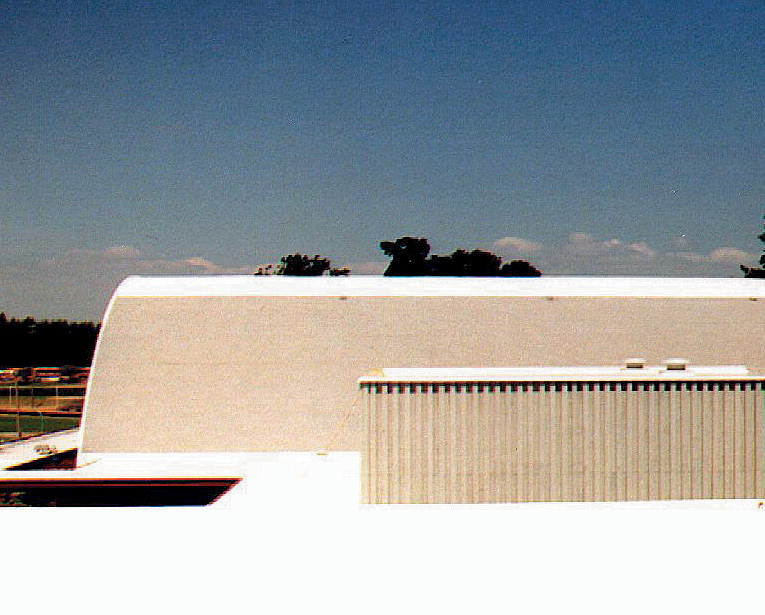 The Pleasant Hill School Districtis all too familiar with the effort needed to both physically and...